Fleet Street was already known in London of the 1890s as the haunt and workplace of news reporters. By the 1890s, journalism was beginning to be an "acceptable" career for women. Perhaps, the most exceptional of these early women journalists was Rachel Beer, who has been made the subject of a book that acknowledges her contributions. 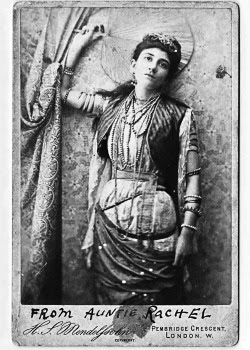 Beer won her place in journalism history by capturing the world exclusive of Count Esterhazy's forgery of the letters in the Dreyfus Affair. Beer was born into the famous Sasoon family and, although she always remained proud of her Jewish roots, she faced prejudice throughout her life and career. She converted to Anglicanism when she married Frederick Beer, whose influence in the publishing industry admittedly afforded many of the opportunities that led to her success.

Still, it takes amazing strength of character in the face of so many obstacles to achieve all she did.

The following is a 2011 Guardian review of the book about her life: First Lady of Fleet Street.


Next month sees the publication of a book about the remarkable Rachel Beer, the woman who famously edited the Sunday Times and The Observer simultaneously.

As the title indicates, she was First Lady of Fleet Street because she was the first female editor of national newspapers.

It helped that they were owned by her financier husband, Frederick, but she proved to be a woman of enormous energy, writing with equal enthusiasm for each paper for several years in the 1890s. 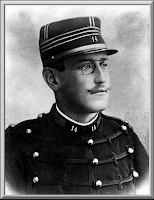 When editing The Observer she was credited with overseeing what would now be called, rightly, a 'world exclusive' - the revelation in 1896 that the document that had been used to convict the French military officer Alfred Dreyfus for treason was a forgery by his fellow officer.

Beer was regarded as both a rebel and a pioneer. At a time when women were still denied the vote, she was barred from frequenting the London clubs that fed her rival male editors with political gossip and also from the press gallery of the House of Commons.

Undaunted, she raised her formidable voice on national and foreign politics as well as taking a controversial stand on social and women's issues.

She was wealthy in her own right, as the scion of the Sassoon family that had amassed a fortune in Indian opium and cotton. Her marriage to Frederick Beer brought together two wealthy dynasties.

But it also brought her strife because her husband's father abandoned the Jewish religion, which led to Rachel being disowned by many of her proudly Jewish family. When her husband died, her family conspired to have her certified.

No wonder the book's sub-title refers to "the fortune and tragedy of Richael Beer". It was written by Yehuda Koren and Eilat Negev, and is due to be published on 24 April.

The book is available through Random House for $30.00.