Thanks to Franny Moyle, I've come to see Oscar Wilde's wife as a far more complex character in the lives of writers in the 1890s. A writer in her own right, Constance Wilde wrote extensively on healthy fashions for women and published children's stories. She actively participated in the Rational Dress Society, attending meetings, exhibitions, as well as displaying her own creations (her wedding dress was on display to the public before she was married and what she wore to the theatre and parties was often the described in the press).

Many of the women involved in the artistic and writing communities of the 1890s were involved in the Rational Dress Society or the Artistic Dress Movements, including Bram Stoker's wife, Florence Stoker. Oscar Wilde promoted its ideals, during his tenure at the Woman's World. The Rational Dress Society was an organization founded in 1881 in London. It described its purpose thus:


The Rational Dress Society protests against the introduction of any fashion in dress that either deforms the figure, impedes the movements of the body, or in any way tends to injure the health. It protests against the wearing of tightly-fitting corsets; of high-heeled shoes; of heavily-weighted skirts, as rendering healthy exercise almost impossible; and of all tie down cloaks or other garments impeding on the movements of the arms. It protests against crinolines or crinolettes of any kind as ugly and deforming….[It] requires all to be dressed healthily, comfortably, and beautifully, to seek what conduces to birth, comfort and beauty in our dress as a duty to ourselves and each other. 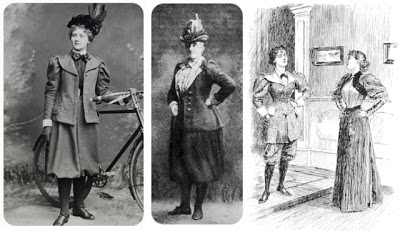 Like the New Woman, these fashion forward women were often subject to ridicule. Commentary in the press about how Constance Wilde dressed reflected these criticisms. 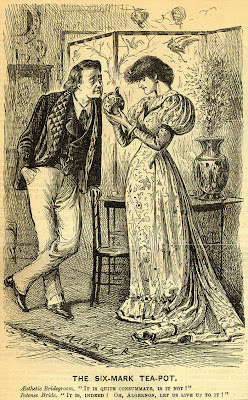 Nonetheless, criticism made it hard to change the way most women dressed everyday and the Rational Dress Society's greatest triumphs were in the area of undergarments and athletic wear. 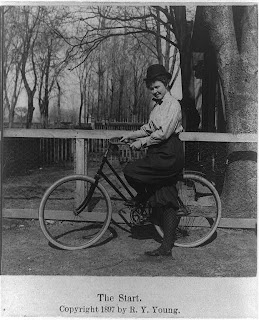