Bunbury is the metaphorical gun on the wall in Oscar Wilde's The Importance of Being Earnest, foreshadowing the deceptions that are to occur throughout the play. It's a silly name and sounds like something one makes up on the spot, hard to think of real-life inspiration for Oscar when he was writing that, especially because his use of the concept is so playful.


Algernon: Bunbury? Oh, he was quite exploded.
Lady Bracknell: Exploded! Was he the victim of a revolutionary outrage? I was not aware that Mr. Bunbury was interested in social legislation. If so, he is well punished for his morbidity.
Algernon: My dear Aunt Augusta, I mean he was found out! The doctors found out that Bunbury could not live, that is what I mean—so Bunbury died.
Lady Bracknell: He seems to have had great confidence in the opinion of his physicians. 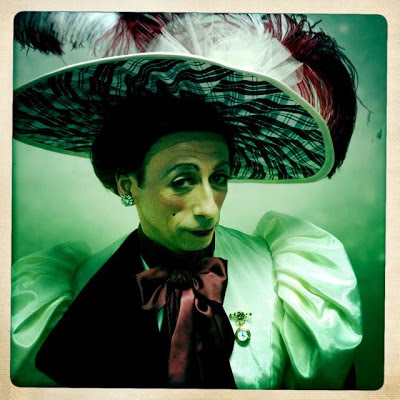 Not many people know (I didn't) that Bunbury was the name of a real person, who gained a small amount of fame in an area of interest to Oscar Wilde, while he was writing the play. On 23 January 1894, G.W. Bunbury set the world record for writing shorthand at 250 words per minute for ten minutes; thats 750 words in ten minutes!

Was G.W. Bunbury the inspiration for Algernon's fake identity? Possibly?

I can just picture the conversation,


Bosie: This Bunbury fellow can write 250 words per minute.
Oscar: None of it original.
Bosie: I don't believe he exists.