Perchta and the History of Oliebollen 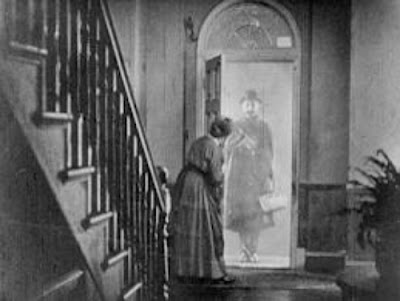 It's the night before New Year's Eve and Willie Wilde's best friend, Alexander Teixeira de Mattos (Tex) comes to call on him at Lady Jane's house. A Dutchman, Tex brings with him a basket full of pastries and, knowing how much Lady Jane loves folktales, a story! This might, or might not, have happened, but is the pretext I'm using to write about olibollen.

Oliebollen are a traditional Dutch food eaten at New Year's. The name literally translates to "oil balls" and they were the inspiration for the American invention of the donut. I was always made to understand that these treats are so fattening that it would be bad for you to eat them more than once a year, but the history of Oliebollen and the story Tex would have told Lady Jane are the real New Year's treat.

Imagine, Willie, Lady Jane, and Tex sit around the fire. Lady Jane's servant, Mrs Faithful brings them a warm plate of oliebollen and three cups of whiskey and eggnog. Willie and Lady Jane get powdered sugar on their faces and clothes, as they take their first bites of this doughy pastry with bits of apple, raisins, and dried cranberries, and Tex tells them about Perchta.


"Perchta – Derived from an early Germanic word meaning “bright or “glorious”. Perchta is famed for her dual nature. Her grim aspect is known as “Perchta the Belly Slitter”. Perchta is alternately described as kind or violent, as a monstrous hag or a willowy maiden" - source.

Perchta is a pagan witch, or Germanic goddess (depending on your point of view), who plays the role of guardian of the beasts, during the twelve days of Christmas. At Yuletide, Perchta flew around the Netherlands with evil spirits looking for food and would cut open the belly of anyone she came across to steal their food. However, if you had been eating oliebollen, the fat in the dough made it so that her sword would slide of your belly.

While records indicate that the Dutch have been eating oliebollen since medieval times, the first recipe appears in "De verstandige kock" (1667). At that time, they were still oliekoecken (oily cookies); it wasn't until the 1890s that the word oliebollen became the more popular term, appearing in an 1896 Dutch dictionary.

Everywhere in the world that I have travelled, Dutch people serve oliebollen to their friends on New Year's Eve, so I'm pretty sure that Tex would have had some for the Wildes in London in the 1890s.

Have a safe and Happy New Year!