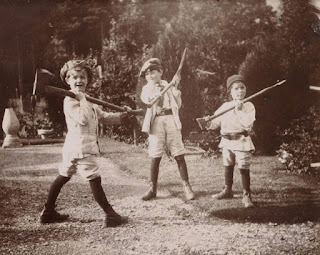 The more I read about the lives of writers in London in the 1890s, the more interconnected they seem. I feel compelled to sit down one of these days and make a tree of who was friends with who. 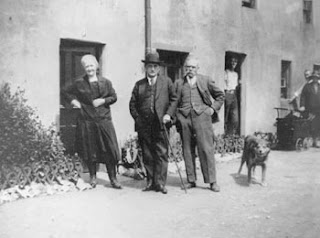 Barrie even asked Doyle to do some editing on one of his plays (if you are a writer today, that probably sounds familiar).

Barrie was pen pals with Robert Louis Stevenson. When he opened the mail box in front of his house, he might have bumped into George Bernard Shaw because they were neighbors.

As his marriage crumbled in the 1900s, Barrie got support and advice from his good friend, H.G. Wells (War of the Worlds). They both knew Thomas Hardy, but not very well.

If anyone knows of a family-tree style map of the friendships between writers in London in the 1890s, let me know? Otherwise, I might have to make one myself!

Note: The date on this post was changed when I made a minor edit to add in the closing line that I now try to leave on all my posts. It was a reminder that I still haven't got around to mapping out the friendships between writers, which is largely because they were too many. Writers in the 1890s were so well connected that they knew each other even if they lived in different cities or countries, like Walt Whitman and Bram Stoker. This sense of community, though it reminds me of the online communities we create today, was, for the most part, due to a stronger inclination toward letter writing and attendance at literary events. However, I still think that a community of writers is a community worth celebrating!