Sir Arthur Conan Doyle was never secretive about his inspiration in writing the character of Sherlock Holmes.  Doyle openly stated that he was inspired by Dr. Joseph Bell, surgeon at Edinburgh Infirmary, and one of the professors at Edinburgh University, for whom Doyle had worked as a clerk when he was a medical student.

According to Julian Symons, Dr. Bell modestly said that Conan Doyle had exaggerated his powers, but he was overall happy with the character and took it as a compliment (even signed his name "sherlock Holmes" a couple times). I would be happy too. Dr. Bell and Sherlock Holmes had some things in common for sure. 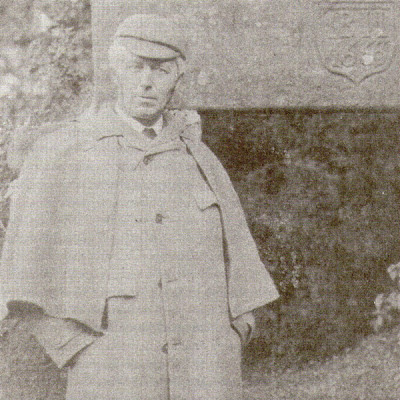 I like finding the real inspiration for characters and am not alone in this. Journals that operate under the presumption that Holmes and Watson were real publish speculative articles on the subject. Whole societies of Sherlockiana are still active today, such as the Baker Street Irregulars (named after the gang of street urchins that Holmes employed for reconnaissance).


The Baker Street Journal continues to be the leading Sherlockian publication since its founding in 1946 by Edgar W. Smith. With both serious scholarship and articles that "play the game," the Journal is essential reading for anyone interested in Sherlock Holmes, Sir Arthur Conan Doyle, and a world where it is always 1895.