According to a friend of Florence Stoker, she hated it when Bram Stoker was writing horror stories because he gained inspiration through acting out his characters and Bram Stoker's characters can be terrifying.

Maybe I'm mean, but the idea of Florence Stoker, sitting quietly at some handiwork, while Bram Stoker crept up the stairs and into the room, that idea just makes me smile. No wonder she hated it! 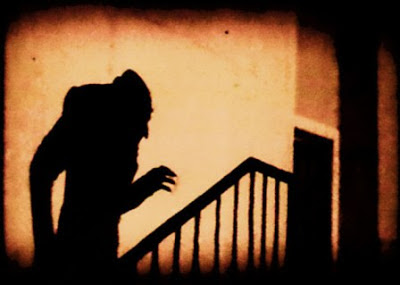 Bram Stoker wrote Dracula during the summer of 1898 at at Kilmarock Arms Hotel, Cruden Bay (from the Gaelic "Chroch Dain" meaning ‘slaughter of the Danes’), Scotland. How do you imagine he got into character?