I never would have guessed that Bram Stoker was an Amerophile, but he was. He aspired to learn the histories of all the American presidents and research Abraham Lincoln extensively. I think he was attracted to Lincoln by the name. I know I'm always pretty stoked to meet someone with the same first name as myself - and I think I'd still be stoked if my first name were more common.

I was surprised to find this out about Stoker because we remember writers for their successes. I find Stoker's relationship to Lincoln interesting because it’s a writer's failures that make him/her human. Also, doing my own writing and research, it's sometimes comforting to know that even "great" writers weren't always a success.

Did I mention that Stoker wasn't a successful Loncoln scholar? No one ever thinks of him as an Amerophile because he didn't have much success as one. Moreover, I think thins might have caused him a bit anxiety and trepidation as he prepared to meet one of his favorite writers, Walt Whitman - an American. 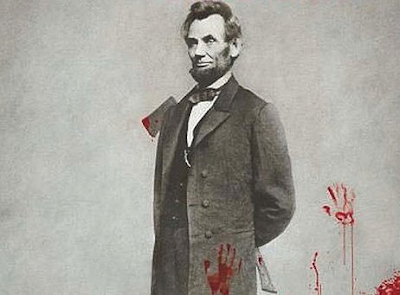 In 1887, Bram researched and prepared a lecture on Lincoln, which he practiced, with some success, in England, before delivering it in the United States, where he was to later meet his idol, Walt Whitman. When he met Whitman, also a fan of Lincoln, he said nothing about his lecture. Historians speculate this is because he was embarrassed, after receiving a terrible review in the New York Times.

Less than 100 people listened to a lecture by Bram Stoker yesterday afternoon in Chickering Hall, the subject being 'Abraham Lincoln.'

Mr. Stoker has delivered this lecture with great acceptance before unenlightened English audiences, and his utterances have been highly commended by the semi-educated English press.

On this side of the water, however, where Abraham Lincoln lived and died, and where American history is taught in public schools, a historical review of the life and times of the martyr-President, even when presented by Mr. Henry Irving's manager, is apt to fall flat. : General Horace Porter, who was an apparently interested auditor, congratulated Mr. Stoker at the conclusion of the lecture, and Major Pond, as he gazed sadly around the vast array of empty seats, said: "Well, I didn't expect any thing else. This lecture was advertised just as extensively as the readings of Charles Dickens or the talk of Max O'Reil. I spent just as much money on it. Mr. Stoker showed me some very flattering notices of his lecture clipped from the English press. So I said to him one day, 'Why don’t you deliver that lecture in New York, Stoker!'

The fact is," said the Major, reflectively, "nobody cares to listen to a lecture on Abraham Lincoln in this country." 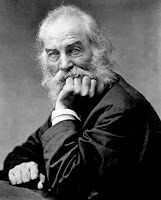 We can understand, if Bram was embarrassed after reading that, knowing his hero likely read it too before their meeting. Swallowing his pride, Bram and Whitman became friends.

Bram made frequent trips to the United States, but arrived a little too late in 1894 to see Whitman for the last time. On this visit, however, he learned that Whitman had left something behind for him: an envelope with the original notes from his own American lecture on Abraham Lincoln, dated April 15, 1886. With this, was a letter that said: “Enclosed I send a full report of my Lincoln Lecture for our friend Bram Stoker.”

To this, I would like to add that my opinions here were based on limited research, using source materials created in the United States. I think that I, like the others I was reading before, had trouble finding a primary source on Stoker's Lincoln Lectures. Such a source may be found in: Robert J. Havlik's “Bram Stoker’s Lecture on Abraham Lincoln,” Irish Studies Review 10:1 (April 2002).

I'm yet to find any reviews of Stoker's Lincoln Lectures in London, but suspect that research based on the American reviews is inclined to mimic the mocking tone of those reviews. Stoker's interest in Lincoln was actually fuelled by Whitman and borrowed from Whitman's research into Lincoln's assassination. Reading the Stoker essay, presented by Havlik, I found Stoker's thoughts to be balanced and elegantly presented.