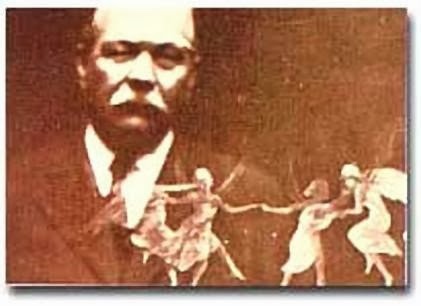 Writing a comprehensive post on Christian mysticism might be as challenging as writing my novel. Yet, it feels integral to that process because I’m writing about writers in London in the 1890s, most of whom were Christian, some of whom believed in magic. When I think of all the American churches that banned Harry Potter as heretical, it’s hard to reconcile belief in Jesus with a belief in magic. Still, many people held both beliefs close to their hearts in the 1890s. 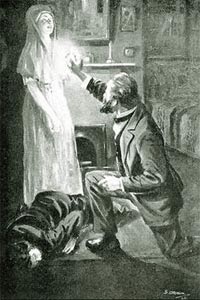 The main objective of late-Victorian Christian mysticism was to unify the soul with God. Practitioners hoped to find a way to get closer to God by uncovering and practicing forgotten or secret religious rituals. It was believed that one could be transformed through the unification of their soul with God in clear and obvious ways. The only true test for the authenticity of a mystic then would be to look for evidence of the mystic’s transformation, as well as the mystic’s transformitive effects on other people.

As exciting as it would be, I’m not talking about people being transformed physically. They didn’t start to glow, sprout wings, or walk around with a halo hovering above their heads. All the evidence that a community open to the idea of Christian mysticism needed was to be persuaded that the mystic had had a religious experience.

At its core, belief in transformation through a religious ritual does not fall outside of Christianity. Water baptism is one of Christianity’s oldest practices, still practiced today, and it holds deep symbolic meaning. The water cleanses the soul of impurities and we rise from it prepared to lead a new life.

Most of the Christian rituals practiced by the writers in London in the 1890s, who participated in the Hermetic Order of the Golden Dawn [link], only consisted of meditation. One contemporary web page I found on the subject describes the need for Christian mysticism.


When a soul no longer feels realized through the traditional devotional practices, it naturally feels inclined to reach another level of “knowing” the Divine. This is the starting point for an expansion of the relationship with the “father” in heaven: the Soul abandons the old practices and give[s] itself to the Divinity [...]

Among historians, I find a need to explain the Victorian need to reach another spiritual level of knowing through a kind of collective disillusionment with Christianity in the wake of Darwinian sciences. While I accept that explanation, the need certainly hasn’t gone from us today. 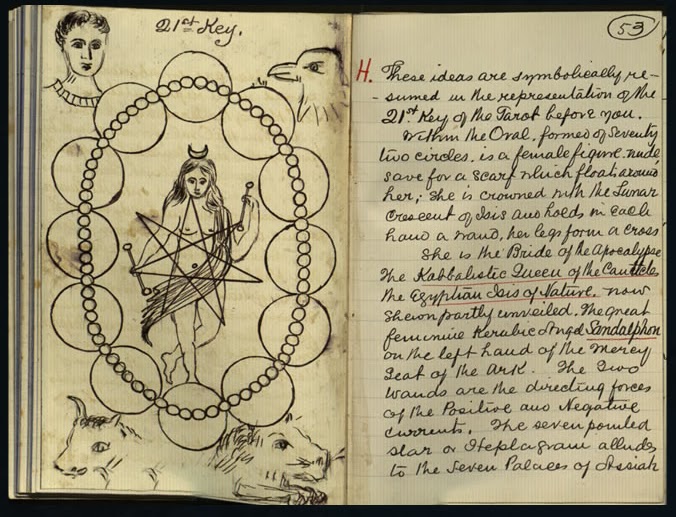 What I see happening in the psyches of my writers, who were both Christian and involved in things - like the Hermetic Order of the Golden Dawn, is similar to what I see happening among my contemporaries, who are Christian and using tarot cards or participating yoga because it is supposedly good for the body and the soul. (I just think it’s a good way to exercise without sweating too much. I hate sweating!) As with yoga and Christianity, the Order blended elements of different religions, while using Christianity to make participants feel they were uncovering the mystic secrets of the religion of their parents.

That’s how I reconcile Victorian mysticism and Christianity.