Thank You for a Wonderful Year! 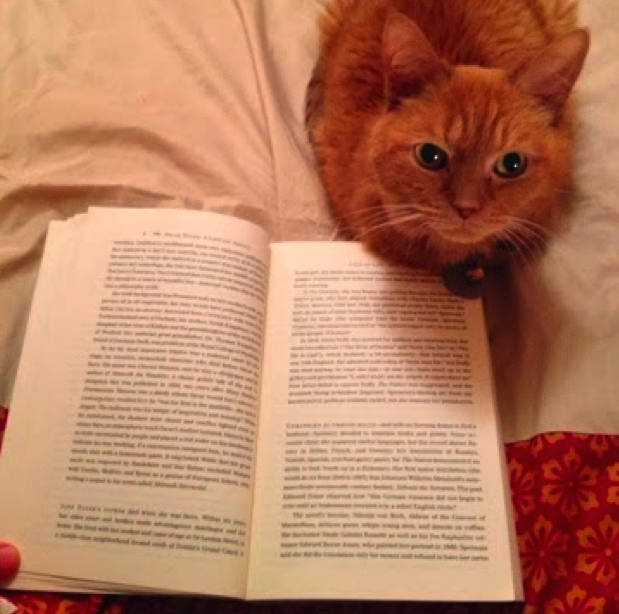 A year ago today, I started this blog with my first post: American Cigarettes. I was and still am doing research for my book. A few days earlier, at the library for the University of Akron, I came across what instantly became my favourite Wildism.


I am greatly distressed to hear you and the fascinating Dan are smoking American cigarettes. You really must not do anything so horrid. Charming people should smoke gold-tipped cigarettes or die, so I enclose you a small piece of paper, for which reckless bankers may give you gold, as I don't want you to die.

Posting that was on of those “Dear Internet” moments. I was reaching out through my computer screen, hoping to find someone else as interested in the same things I was.

That first month wasn’t my most prolific writing month, but I wrote more posts in January 2013 than I have since because I started to realize that the opportunities a blog affords a distractible writer, like myself. I wanted to entertain and engage you, so that I could have someone to talk to about my research, but in talking to you I also wanted feedback. Feedback I got!

In a year, I’ve only got 31 comments out of over 14,700 page views, but I couldn’t tell you how many hundreds of emails I received - helpful emails too, emails that led me to make corrections to my posts and emails that led me to follow up certain posts with more detailed explanations of the subject matter. For example, I found an American trade card that depicted Oscar Wilde selling corsets for Warner Brothers, who I associated with movies. Thanks to your feedback I found a pair of much more interesting Warner brothers. 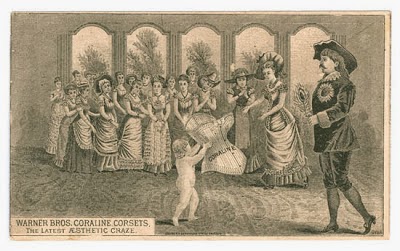 Also on the subject of Wilde and fashion, I got feedback via email about a book I wanted to read from the author! Oscar Wilde on Dress is now also available in a Kindle edition through Amazon and posting a review of this book is a priority for me in the coming year for this blog!

After a year, my all-time most popular post is The Ten Best Restaurants in London, which, of course explores the restaurants of the 1890s. In writing this, I was trying to get a sense of place because restaurant dining was a highly popular form of socializing and Oscar Wilde's family ate out on credit more often then they ate at home, even though they had a cook at home.

This month, my most popular posts are: Being Irish in Victorian London, a post that was promoted by the Irish Literary Society on Twitter; Weirdest Cameras of the 1890s, which looks at spy cameras (I was thinking about using a camera in my book, but decided against it and still couldn't stop looking at cameras from the period); and How to Flirt Like a Victorian. On that last post, I've since decided that Victorians probably didn't use those guides. They are just too silly!

After a year, I want to thank everyone, who has helped me with my research, and while most of you know about my research tangents, few of you know what my project really is - just the areas I’m interested in.

I’m writing a novel, historical fiction. While many of my posts are simply interesting tangents for me, many test out ideas about the history that I actually want to use in my book. In one post, I actually struggle with how I’m going to portray my narrator, but don’t actually give you her name. It’s Lily de Mattos, formerly Lily Wilde, born Sophia Lily Lees. I’m researching all of these writers because I want Lily to tell the story of her time as part of the Wilde family, but it’s more complicated than that. 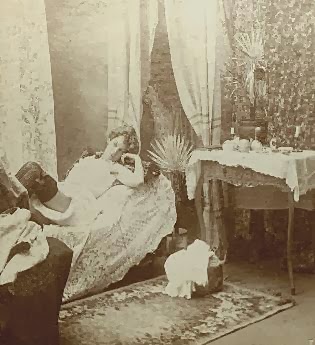 I got the idea for this novel, when a dear friend of mine died of alcoholism, which is how Lily’s first husband, Willie Wilde, dies, but it’s more complicated than that.

I’m researching all of these writers because they are people that Lily would have met, as Oscar Wilde’s sister-in-law, and I’m using her narrative to explore the question of why, as writers, we write what we write.

So, if you were wondering, that is why I write this blog. That is why I’m obsessed with the 1890s. I’m using Lily’s life in the 1890s and the experiences of all these writers to understand my own life and my own experiences - not just the writers, but the culture around them that informed their lives and, at times, even encouraged them to drink themselves into an early grave.

It sounds miserable and sad, but I think my research demonstrates that it can also at times be very strange, very funny, and a lot like life today. Thank you for all the support you have shown me and please, keep commenting, sending emails, correcting me, and sharing any new information that you think I might find useful.