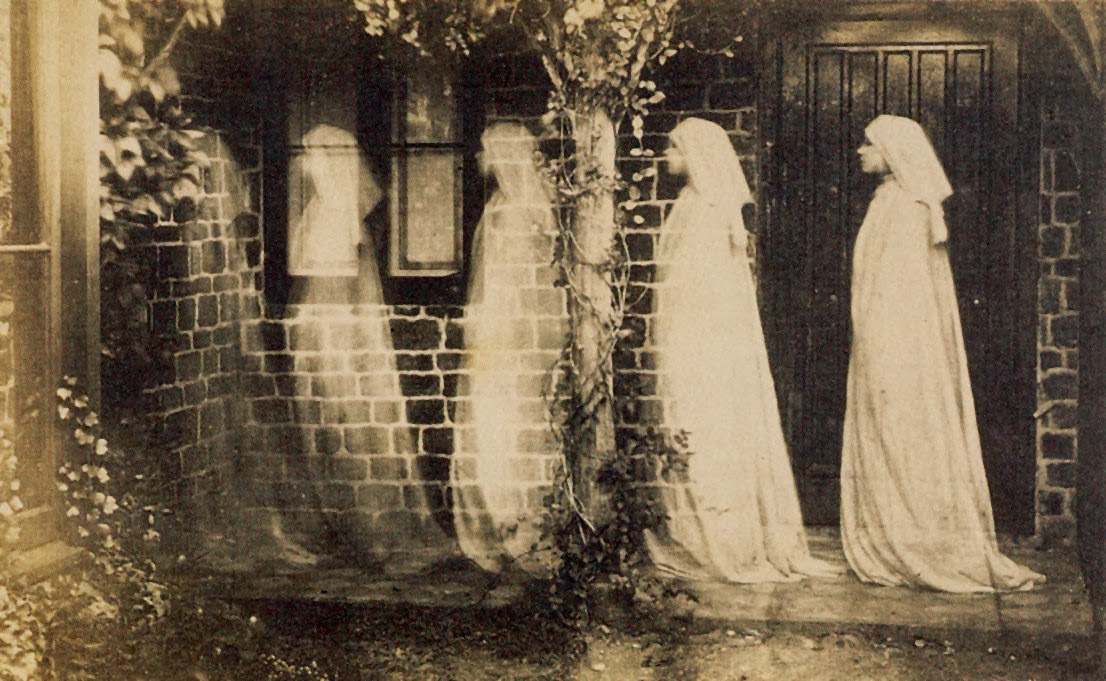 Practitioners of Enochian magic attempt to evoke the will of spirits or angels. As i wrote this post, I couldn't get the Black Crowes out of my head and almost called this post "Bram Stoker talks to Angels."

The word “Enochian” refers to the language practitioners use, a language recorded by Dr. John Dee and Edward Kelley in the sixteenth century. The Enochian language was delivered to Dee and Kelley, much the way Joseph Smith wrote wrote the Book of Mormon, through angels. Understanding this language would uncover the secrets of the apocryphal Book of Enoch.

Still practiced today, Enochian magic is primarily the result of the work of two men: Dee and Kelley. 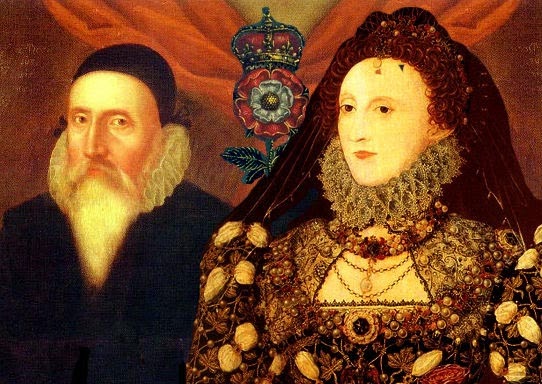 Dee was a kind of spooky wise man, consulted by Queen Elizabeth I of Welsh. He liked math, astronomy, astrology, the occult, and making ships sail off in the right directions to go subjugate people. He religiously devoted his life to studying alchemy, divination and Hermetic philosophy. Of course, he had a long milky-white beard! He made Christianity magical, dreamed of uniting the world in one religion, and, like Samuel Pepys, kept a fabulous diary. He believed that numbers are the root of all knowledge. He also believed he could talk to spirits.

Kelley and Dee were friends, until sometime after Kelley insisted that God wanted them to share Dee’s wife. Kelley was a long-bearded crystal ball style wizard, I mean... medium. They must have looked like Gandalf and Radagast, which makes the whole thing with Dee’s wife, Jane, just weird. 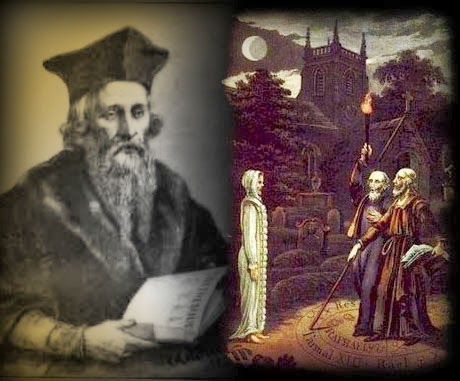 Kelley did most of the talking to angels through his crystal ball, while Dee wrote it all down. The Writers in London in the 1890s would be glad he did. Enochian occultists assume the exploits of Dee and Kelley are more or less completely true. Though many believe they were also influenced by other magical texts.

Dee and Kelley preferred the term Angelic over Enochian and there’s no evidence they ever used it for magic because the angels didn’t really want them to. Their records are records of the system rather than a log of their workings of the system.

Their work had a big influence on Rosicrucianism, but otherwise went unnoticed until the Hermetic Order of the Golden Dawn formed in the 1890s. The rediscovery of Enochian magic by Samuel Liddell MacGregor Mathers in the 1880s led to Mathers working the material into a system of ceremonial “Magick” for the Order.

Constance Wilde, Bram Stoker, Maud Gonne, W.B. Yeats, and the many others, who joined the Order, used Enochian Magick to talk to Dee and Kelley’s angels, and could purportedly travel as auras into the spirit realm. The calls or keys that evoke the spirits are in the Enochian language that Dee and Kelley recorded, and can be used to enter visionary states, called Aethyrs.

The Aethyrs (numbered from 30-1, by our number-loving wizard friend, Dee) form a map of the universe.

The magic is practiced in a temple, which requires some specific decorating. What’s magic with good paraphernalia? Decorate your Enochian Temple with a table that has a hexagram engraved on top and a surrounding border of Enochian letters. You will also need seven planetary talismans, and five versions of the Seal of God’s Truth, made from beeswax and placed under the table with the hexagram on it. Some kind of crystal ball is also helpful, as is a magician’s ring, with the god-name Pele on it. Finally, there’s a black and red rod that you will want to use.

I’m just going to spend the rest of my afternoon imagining Bram Stoker and Constance Wilde setting up an Enochian Temple to talk to angels.