The Dialogue with Devils of 1890s Writers: Theurgy 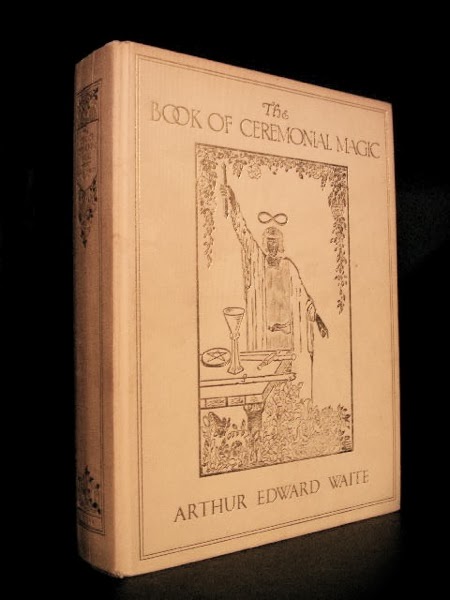 My quest to understand the spiritual nature of writers in London in the 1890s, who participated in the Hermetic Order of the Golden Dawn, has taken me to strange places indeed. I began, today, by looking into theurgy and wound up at the Book of Ceremonial Magic (1911) by Arthur Edward Waite.

Theurgy describes the operation or effect of supernatural or divine agency in human affairs. In Esoteric Christianity, this benefits a person by bringing one closer to God. As I discovered through my exploration of Christian Mysticism, the Order supported the notion that such a union may be attained through performing acts, in the form of rituals or spells, to gain knowledge. Through this knowledge, I presume, members of the Order felt that they were getting closer to God. The Hermetic Order of the Golden Dawn claimed to teach a type of theurgy that would help one ascend spiritually, while learning about the true nature of the self and its relationship to the Universe. 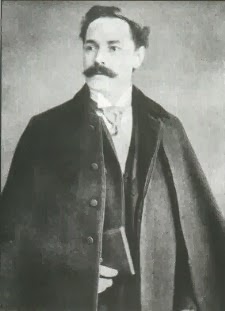 Best known for his role in creating the Rider-Waite Tarot Deck in 1910, Waite joined the Order in 1891. Waite moved to London from the United States as a child and was scarred by the death of his sister in 1874. Biographers use his sisters death to explain Waite’s attraction to physical research, a term used to describe the attempt at scientizing mysticism in the nineteenth century. Waite had a successful career, as a mystic, before entering the Order, and wrote the Book of Ceremonial Magic before leaving the Order in 1914. He also participated in the Societas Rosicruciana in Anglia and the Fellowship of the Rosy Cross, on top of becoming a Freemason at the turn of the century.

In his book, Waite makes a distinction between White and Black Magic.


The history of this distinction is exceedingly obscure, but there can be no question that in its main aspect it is modern--that is to say, in so far as it depends upon a sharp contrast between Good and Evil Spirits. In Egypt, in India and in Greece, there was no dealing with devils in the Christian sense of the expression; Typhon, Juggernaut and Hecate were not less divine than the gods of the over-world, and the offices of Canidia were probably in their way as sacred as the peaceful mysteries of Ceres.

To Waite, the real difference lies in the user’s intent. 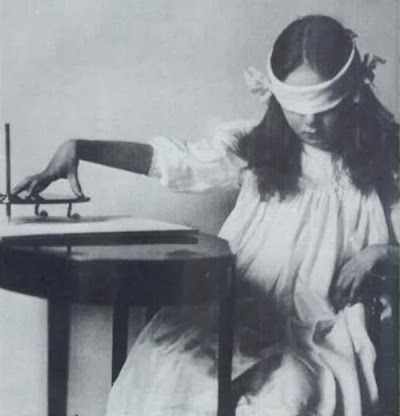 Or at least an innocent purpose? That's the slippery part and it's only not dangerous, if you don't believe in theurgy, which I sometimes wonder whether Waite did. I have never believed in any of this stuff really. Communicating with spirits for an innocent purpose reminds me of being in the eighth grade, using a Ouija Board with my BFF, Kari Lozinski. I'm sorry, Kari, wherever you are. I moved the pointer. Ok... so are Ouija Boards a form of theurgy? The first advertisements for the talking board appeared in 1891. The ad claims:

The Ouija is. without doubt, the most interesting, remarkable and mysterious production of the nineteenth century. Its operations are always interesting and frequently invaluable, answering as it does questions concerning the past, present and future with marvelous accuracy. It furnishes never-failing amusement and recreation for all classes, while scientific or thoughtful its mysterious movements invite the most careful research and investigation - apparently forming the link which unites the known with the unknown, the material with the immaterial. It forces upon us the conviction that a great truth was contained in the statement of the Danish Prince: “There are more things in Heaven and Earth, Horatio, than were ever dreamed of in thy philosophy.” Price $1.49

In that the Ouija board aims to contact spirits, I would say it is a form of theurgy. The famous occultist and member of the Order, Aleister Crowley, advocated use of the Ouija Boards. Like other forms of theurgy, users ran the titillating risk of unleashing the diabolical.

Diabolism, I have to wonder, might have been part of Bram Stoker’s interest in the Order, since he was writing and researching Dracula, when he participated with its members. Dracula’s plot is all about people with innocent intentions, who inadvertently unleash a monster, a monster, who can damn them to hell. Van Helsing says to poor Mina:


”...All this without that diabolic aid which is surely to him [Dracula]; for it have to yield to the powers that come from, and are, symbolic of good. And now this is what he is to us. He have infect you—oh, forgive me, my dear, that I must say such; but it is for good of you that I speak. He infect you in such wise, that even if he do no more, you have only to live—to live in your own old, sweet way; and so in time, death, which is of man’s common lot and with God’s sanction, shall make you like to him.”

Guilt by association. Mina was bit by a kind of devil and will be damned to hell, unless through certain rituals they can bring her closer to God again by ridding the Earth of this vampire. 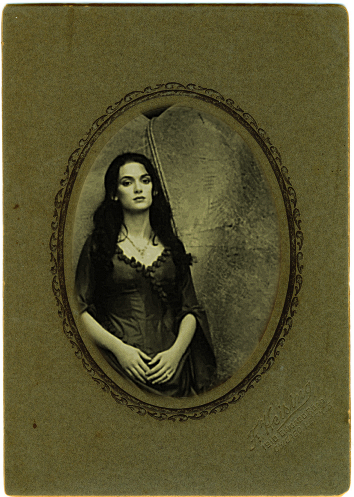 It’s relevant that Dracula was a high-born male and that his victims were either feeble-minded or women, especially when reading the Book of Ceremonial Magic. Waite believed that magic was most dangerous in the hands of “The class of people to whom such [selfish] considerations would appeal were those obviously--and as I have otherwise indicated--who could not obtain their satisfaction through the normal channels--the outcasts, the incompetent, the ignorant, the lonely, the deformed, the hideous, the impotent and those whom Nature and Grace alike denied.” Of course, the Victorian social-stratification of society played a role in one’s ability to access other worlds.

In spite of the fact that he slept in the vampire's house, Mina's husband was able to avoid being bitten, even though he had a luscious night with three diabolical women. Poor Mina only wanted to save her friend.

The Ouija Board might have been for everyone, but the Book of Ceremonial Magic and the secrets of the Hermetic Order of the Golden Dawn most certainly were not.