Being Irish in Victorian London

As a Canadian moving to Ohio, I've noticed there are an awful lot of Canadians in our neighbourhood, which, for me, begs the question: are there more Canadians in this place than there are in other parts of this American city or are we just seeking out our fellow expats in order to form some sense of community? As I research writers in London in the 1890s, primarily Bram Stoker and Oscar Wilde who both came from Dublin and stayed in contact during their time in London, I wonder whether they experienced something like what my husband and I have experienced in Ohio. 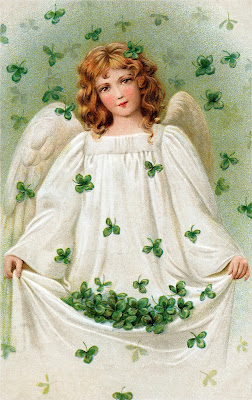 A lot of famous writers were friends in 1890s London, just as they are today. Small communities in big cities are forged on the basis of common bonds, like cultural heritage (being Irish or Canadian), career (through professional associations and the work place), through religion (parish communities and Hermetic Order of the Golden Dawn), through common interests (Rational Dress), and through just about anything else you can think of that brings people together. Now I'm asking whether writers from Dublin formed their own circle in London in the 1890s, while I explore Victorian Irish communities other Dubliners may have been a part of.

I found a list of Irish Nests in Victorian London, but Stoker and Wilde lived in Chelsea, which had, in the 1890s, become a bit of a nest for affluent artistic types. Stoker lived in a lovely townhouse overlooking the park in Chelsea Way, while Wilde was living in his famous house on Tite Street and they attended each others' parties. Their wives were likely friends as well.

Yet, when I search for Irish communities in Victorian London, I keep coming up with racial slurs and statistics about poverty in Victorian London. English racism toward the Irish was pretty bad in Victorian times, but many Irish people in London avoided this kind of discrimination because of their wealth. Rather than meeting at a watering hole in one of London's Irish nests, I think my Irish writers would have met with W.B. Yeats and friends in the Irish Literary Society.

Yeats founded the Irish Literary Society in 1892, though it seems to have waited until 1893 to hold its inaugural meeting. At this meeting, Stopford Brooke gave a talk on "The Need for Getting Irish Literature into the English Tounge." 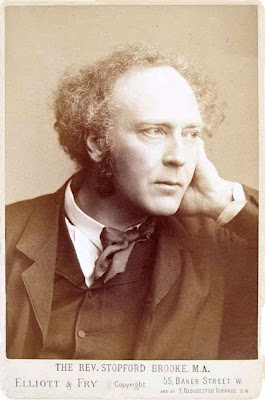 Like Oscar Wilde's mother, Brooke was an elder member of the group and wrote histories, as well as poetry. Speranza, Wilde's mom, stopped participating in the Society in the mid-1890s because her health was failing, which leads me to suspect that membership involved some kind of active participation and they must have been holding regular meetings.

Outside of the Irish Literary Society, I'm left only with the Irish nests throughout London. In fact, by the time the writers that I'm interested in were moving to London, Irish immigration to the city was on the decline. These writers were also exceptional among their group because of their wealth. At the beginning of the eighteenth century, a survey of beggars on the streets of London found they were mostly Irish.

The oldest and most populated Irish community was in St Giles in the Fields and Seven Dials in the 1700s. By the nineteenth century, Irish Londoners lived all over the City. By this time, Irish communities had developed in Whitechapel and Saffron Hill, Poplar and Southwark, and perhaps most notoriously, in the Calmel Buildings off Orchard Street in Marylebone. By the 1890s, Irish communities were all over London and my favourite writers could afford to live anywhere they liked... well, most of them could. 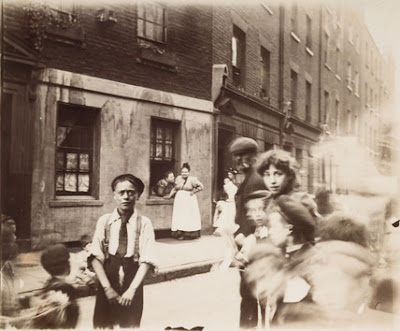 None of the writers in my blog lived as poorly as most Irish Londoners did. Due to London's high cost of living, multiple Irish families often shared single-room dwellings. "In one house in Saffron Hill investigated by Thomas Beames in 1849, 88 men, women and children, were found living in a single five room house." Combine overcrowding with medieval plumbing and lack of laundry or bathing facilities and things didn't just get smelly; they also became unsafe, producing shocking mortality rates!

Through his education, Oscar Wilde dropped his Irish accent. He was primarily Anglican, though he flirted with converting to Catholicism. His brother, on the other hand, had the same education, retained his Irish accent and people thought it was charming. Hall Caine and Henry Irving spoke affectionately of Willie Wilde's Irish voice and Willie referred to himself as "an Irish gentleman." However, in Oscar Wilde's circle, Willie Wilde was mocked and Oscar was mocked for having such a brother (mostly due to Willie's drinking), but I wonder how much of it had to do with hanging on to his Irishness.

London was still, in the 1890s, an unkind place to the Irish. It's much easier being Canadian in the U.S.A. 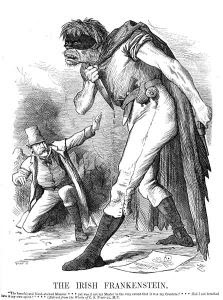 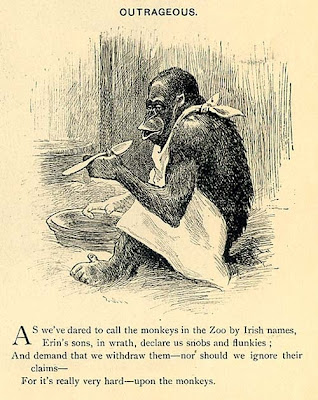 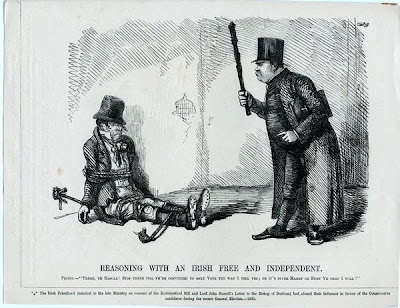 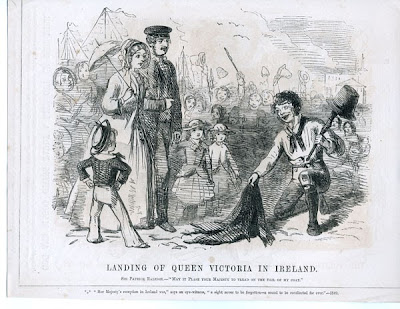 Until my readers correct me, which one day I dearly hope you will, I'm concluding that, like my husband and I, Oscar Wilde and Bram Stoker simply sought out people they had things in common with and that sometimes one of those things was their heritage. Speranza lived in Ireland longer than her sons and her writing career was entrenched in her national heritage. It makes sense that Yeats's Irish Literary Society was something important for her to participate in, whereas Stoker and Wilde might have had nothing to do with it, but were glad their wives were Irish.