A Bit About Ladies' Underwear

...it is really sad to think that in our own day a civilized woman can hang on to a cross-bar while her maid laces her waist into a fifteen-inch circle. To begin with, the waist is not a circle at all, but an oval; nor can there be any greater error than to imagine that an unnaturally small waist gives an air of grace, or even of slightness, to the whole figure. - "Slaves of Fashion," Woman's World, Oscar Wilde

In a previous post, I laughed at a trade card that pictured Oscar Wilde in one of the very things he's complaining about above, corsets! The main reason that I share this blog so widely is to get feedback and I was happy to recently discover that, as is often the case, when I see someone doing something that appears ridiculous in its historical context, there's usually a good explanation. 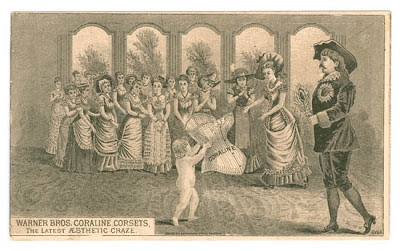 The trade card is an advertisement for Warner Brothers Corsets (I'm guessing it is from the 1890s, but I found it on eBay). The name of the corset company, today, makes the whole thing seem sillier and I couldn't imagine Wilde consenting to the use of his personality. However, I got a tip from one of my twitter followers, which led me to Dr. Lucien Warner. 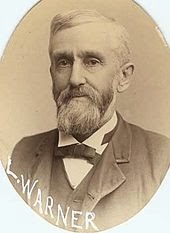 You can tell by the beard that Dr. Warner is a pretty cool guy. Born in Cuyler NY in 1842, he took some time off from his studies at Oberlin College to serve in 150th Ohio Volunteer Infantry, during the American Civil War. He then earned his medical degree from New York University in 1867 and went on a lecture tour, which earned him an honourary Master's Degree from Oberlin College (big smartypants). He went on to be a major donor to the college, while also playing an active role on the Board of Trustees, and Warner Hall still bears his name. 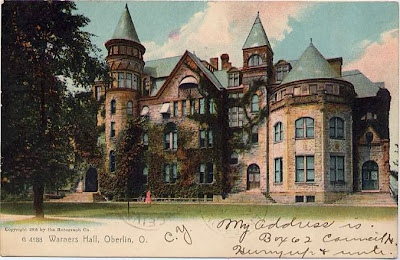 The coolest thing about Dr. Warner was his commitment to women's health. Oberlin College gave him the honourary degree because he had been lecturing about the dangerous side-effects of the rigid steel-boned corsets women were wearing. Though his lectures obviously won him much acclaim, he didn't feel that enough women were listening. He might have even despaired that they would never listen. So he went home and came up with a compromise. In 1873, he created a new style of corset that gave women the fashionable shape they wanted, while leaving enough flexibility for movement to reduce injury.

If you couldn't tell by the name of the corset company, Dr. Warner had a brother, Dr. Ira De Ver Warner. The two Dr. Warners gave up their medical practices and founded Warner Brothers Corset Manufacturers. 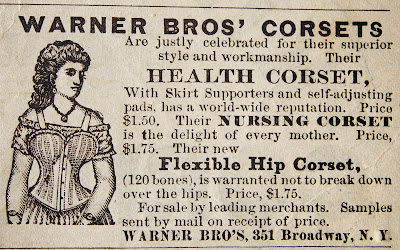 I still don't know if Wilde endorsed the trade card that I wrote about before, but I'm no longer ruling out that possibility. Wilde toured America in the 1880s. They might have met and would have had a lot to talk about, but I doubt Wilde would have disapproved of the product. It was the first corset with shoulder straps. The company didn't stop there! In 1914, they bought the patent for the first bra from the 19 year-old peace activist Mary Phelps Jacob. 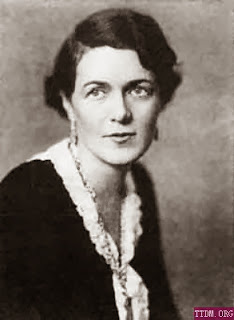