Stoker and Wilde go to Whitechapel

Bram Stoker and Oscar Wilde both make references to Whitechapel in their novels. 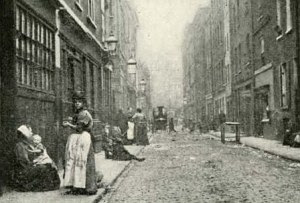 In the 1890s especially, Whitechapel was known as a poor and working-class neighborhood, and famously as the hunting grounds of Jack the Ripper. Keith Browning says Whitechapel...


...was probably one of the worst neighbourhoods in England. Crime and disease were rife and all the visions you might have of the evils of Victorian and Dickensian London were on the doorstep. The air was foul, the water was foul, the streets were foul...

And, apparently, Wilde and Stoker thought it was a great setting for a horror story. 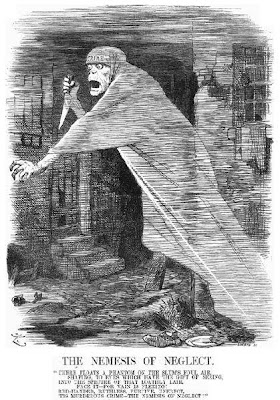 Wilde writes specifically about Whitechapel in The Picture of Dorian Gray:


"But they are so unhappy in Whitechapel," continued Lady Agatha.

"I can sympathize with everything except suffering," said Lord Henry, shrugging his shoulders. "I cannot sympathize with that. It is too ugly, too horrible, too distressing. There is something terribly morbid in the modern sympathy with pain. One should sympathize with the colour, the beauty, the joy of life. The less said about life's sores, the better."

"Still, the East End is a very important problem," remarked Sir Thomas with a grave shake of the head.

"Quite so," answered the young lord. "It is the problem of slavery, and we try to solve it by amusing the slaves."

The politician looked at him keenly. "What change do you propose, then?" he asked. 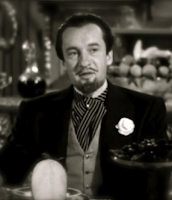 Lord Henry laughed. "I don't desire to change anything in England except the weather," he answered. "I am quite content with philosophic contemplation. But, as the nineteenth century has gone bankrupt through an over-expenditure of sympathy, I would suggest that we should appeal to science to put us straight. The advantage of the emotions is that they lead us astray, and the advantage of science is that it is not emotional."

"But we have such grave responsibilities," ventured Mrs. Vandeleur timidly.

"Humanity takes itself too seriously. It is the world's original sin. If the caveman had known how to laugh, history would have been different."

"You are really very comforting," warbled the duchess. "I have always felt rather guilty when I came to see your dear aunt, for I take no interest at all in the East End. For the future I shall be able to look her in the face without a blush." 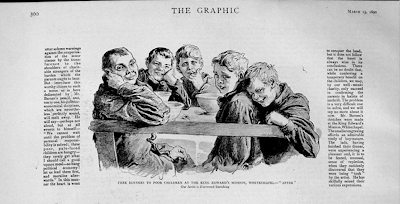 Bram Stoker has Dracula relocate to Whitechapel. I think the reason that most people have never actually read Dracula is that Stoker was such a meticulous writer, which can make for dull reading (I'm sorry). In the following passage, he is very specific about where Dracula's coffins are being moved.


I found Thomas Snelling in his house at Bethnal Green, but unhappily he was not in a condition to remember anything. The very prospect of beer. which my expected coming had opened to him, had proved too much, and he had begun too early on his expected debauch. I learned, however, from his wife, who seemed a decent, poor soul, that he was only the assistant to Smollet, who of the two mates was the responsible person. So off I drove to Walworth, and found Mr. Joseph Smollet at home and in his shirtsleeves, taking a late tea out of a saucer. He is a decent, intelligent fellow, distinctly a good, reliable type of workman, and with a headpiece of his own. He remembered all about the incident of the boxes, and from a wonderful dog’s-eared notebook, which he produced from some mysterious receptacle about the seat of his trousers, and which had hieroglyphical entries in thick, half-obliterated pencil, he gave me the destinations of the boxes. There were, he said, six in the cartload which he took from Carfax and left at 197 Chicksand Street, Mile End New Town, and another six which he deposited at Jamaica Lane, Bermondsey. If then the Count meant to scatter these ghastly refuges of his over London, these places were chosen as the first of delivery, so that later he might distribute more fully. The systematic manner in which this was done made me think that he could not mean to confine himself to two sides of London. He was now fixed on the far east of the northern shore, on the east of the southern shore, and on the south. The north and west were surely never meant to be left out of his diabolical scheme—let alone the City itself and the very heart of fashionable London in the south-west and west. I went back to Smollet, and asked him if he could tell us if any other boxes had been taken from Carfax.

I only quoted the whole paragraph because the things Stoker writes about drinking fascinate me!

The address, 197 Chicksand Street, never really existed, but the Londoner of the 1890s would have placed it in Whitechapel. Dracula's coffins were being moved from Piccadilly Street, which Stoker identifies as "the very heart of fashionable London," to Whitechapel, where presumably, he'll find plenty of victims. Dracula is colonizing London. Whitechapel was, in the 1890s, also associated with immigration. Jack the Ripper wasn't the only link between that neighbourhood and crime, just the most prominent link.

The drawing I posted above illustrates the link between poverty and crime or degradation through neglect. As is indicated by the passage from Dorian Gray, many middle-class Victorians made it their mission to right this wrong. Their efforts, however, were often overly religious and terribly impractical. 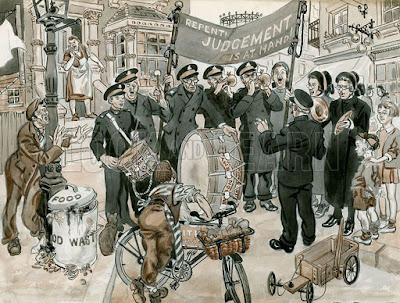 Along with these good-doers, as we also see in Dorian Gray, slumming was phenomenon that was born in the 1880s and continued to rise in popularity through the 1890s. Dorian Gray visits the East End frequently throughout the novel.

Right after Dorian kills Basil, Wilde makes a visual reference to the victims of Jack the Ripper:


How quickly it had all been done! He felt strangely calm, and walking over to the window, opened it and stepped out on the balcony. The wind had blown the fog away, and the sky was like a monstrous peacock's tail, starred with myriads of golden eyes. He looked down and saw the policeman going his rounds and flashing the long beam of his lantern on the doors of the silent houses. The crimson spot of a prowling hansom gleamed at the corner and then vanished. A woman in a fluttering shawl was creeping slowly by the railings, staggering as she went. Now and then she stopped and peered back. Once, she began to sing in a hoarse voice. The policeman strolled over and said something to her. She stumbled away, laughing. A bitter blast swept across the square. The gas-lamps flickered and became blue, and the leafless trees shook their black iron branches to and fro. He shivered and went back, closing the window behind him.

Of course, this happens right outside Dorian's door, but the reference is still clear. Murder has just taken place, Dorian is evading the police, and a drunk woman wanders the streets alone wearing a shawl that recalls the scond victim of Jack the Ripper Catherine Eddowes.

As early as 1884, the New York Times identified the habit of rich young people in London seeking disrespectable amusements in London's East End.


Slumming commenced in London … with a curiosity to see the sights, and when it became fashionable to go 'slumming' ladies and gentlemen were induced to don common clothes and go out in the highways and byways to see people of whom they had heard, but of whom they were as ignorant as if they were inhabitants of a strange country. (September 14, 1884)

By the 1890s, Karl Baedeker's London and Its Environs: Handbook for Travellers even guided visitors to world-famous philanthropic institutions in Whitechapel and Shoreditch. Slummers sometimes disguised themselves to fit in with the residents of these areas so that they could rent a room for a night and engage in otherwise forbidden acts. According to Dr Andrzej Diniejko, "Their cross-class sexual fellowships contributed to diminishing class barriers and reshaping gender relations at the turn of the nineteenth century." Diniejko's website provides an excellent list for further reading! 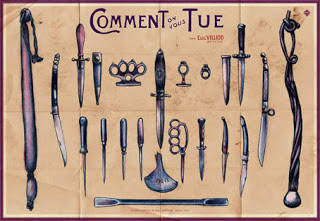 After recently reading an excellent blog post on Victorian self-defense, I now imagine Wilde and Stoker on recognizance missions for their novels in Whitechapel. They're probably dressed in last year's fashions and have a cudgel or a life-preserver up their sleeve. Who am I kidding? Oscar Wilde would never have worn the previous year's fashions.