Do Women Wear Pants because of Oscar Wilde? 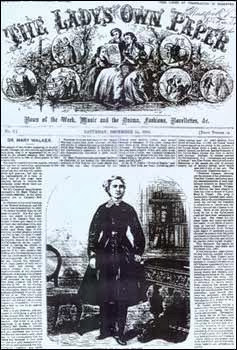 I posted a quote from a blog that humourously implied that women wear pants because of Oscar Wilde and the aesthetic movement. I still think that's a clever bit of writing and you can see the part I quoted in this post here. Do I think that if it weren't for Oscar Wilde I wouldn't be able to wear pants in public? To say that I did would be a bit of an exaggeration.

Anyone who thinks my collection of trousers would belong to my husband, if it weren't for Oscar Wilde, is overlooking the daring and hard work of so many courageous women. I wrote about Rational Dress, like it were some kind of ambiguous headless entity, when it had many heads and courageous hearts.

Lady Haberton created the divided skirt and didn't go away quietly when she was refused service at an inn for wearing one.

Mary Eliza Haweis was a scholar and an author, who wrote primarily for other educated women. Her research focused on Chaucer and her obituary in the Illustrated News of 3 December 1898 is impressive:


Just who was Mary Eliza Joy Haweis? Wife of philandering preacher and music aficionado Hugh Reginald Haweis; mother of three semi-estranged children; daughter of failed artist Thomas Musgrove Joy; hostess of fancy dress balls; restorer of historic houses; member of the Suffragettes; and author of Flame of Fire, another "foolish effusion with which women writers attack the eternal marriage question." But Haweis was also "an enthusiastic student of Chaucer," whose works were "educationally valuable," "original in plan and conception," and "mine[s] of poetic beauty and most scholarly explanation." She tackled bookish issues—Chaucer's final -e, his accent, and his meter—and she ferreted out academic rumors and pieced together what scholarship she could verify on the poet's life. She wrote in support of the abortive Chaucer concordance that predated John S. P. Tatlock and Arthur G. Kennedy's, and she corresponded with F. J. Furnivall and Sir Israel Gollancz on matters of medieval concern. She researched medieval paintings to make her own illustrations for the Canterbury Tales correct, and she identified the seal of Thomas Chaucer, reproducing it exactly from the miscellanea at the British Museum and from MS Cotton Julius C.vii. Her recorded evidence, gleaned from manuscript rolls and records, is not always chronicled elsewhere. She was the first Chaucerian/art historian to link Chaucer's poetry to existing paintings and drawings, observing that "Chaucer and his contemporaries are as careful as Van Eyck in realizing an exact and brilliant picture, and in trying to put it before our eyes as definitely as they saw it themselves." 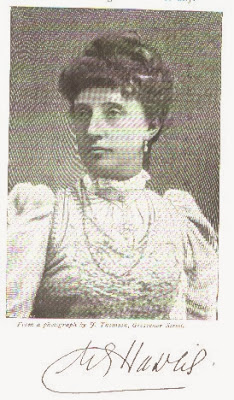 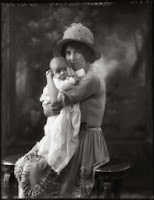 The actress, Charlotte Carmichael Stopes wrote one of the most definitve books of the British Women's Suffrage Movement, British Freewomen: Their Historical Privilege (1894). She was a Shakespeare scholar, almost to the same extent that Haweis studied Chaucer. In 1889, Stopes famously staged a coup at a meeting of the British Association for the Advancement of Science in Newcastle upon Tyne, by unexpectedly adding Rational Dress to the programme. Nationwide newspapers reported Stopes's speech, spreading the notion of Rational Dress.

Much the way that our contemporaries refuse to acknowledge the ongoing War on Women worldwide, women, who supported and/or practiced Rational Dress, were subject to ridicule. 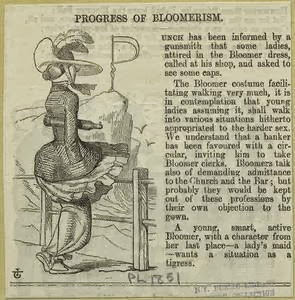 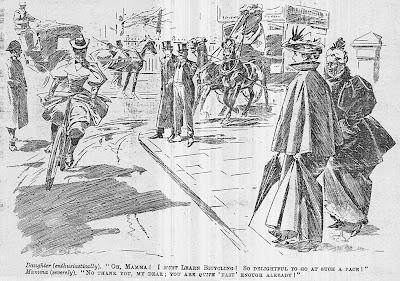 While I do feel that Oscar Wilde supported this movement in the Woman's World, I suspect that was partly due to the fact that his mother was a feminist and he married an active member of the Rational Dress Society. In other words, he did nothing to stop women from wearing pants, but I don't think his efforts were terribly significant compared to the work of all these other women.

I also can't finish without saying that I love the term "Bloomerism." Victorians were excellent at making up new words.