Much of what we know about writers in London in the 1890s comes from an unlikely source, with a complicated and controversial past. Perhaps, the wife of a writer as the source doesn't seem so unlikely, but that she was such a devoted archivist, considering her background, does come as a bit of a surprise. 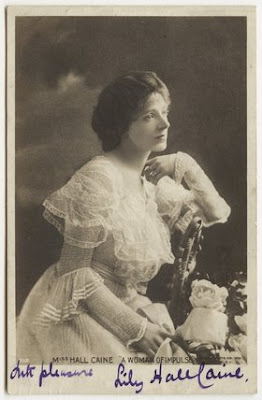 When this beautiful woman was thirteen years-old, her step-father did something he could be arrested for today and my stomach turns just thinking about it. When Mary Chandler was only 13 years-old and working at her step-father's restaurant/coffee shop with her sister, the Manx writer, Hall Caine was staying nearby with bachelor friend and frequented the restaurant. One day, he asked that their meal be delivered to them and Chandler's step-father sent her and her sister to make the delivery. Afterwards, he implied that something indecent happened during the delivery and demanded that the two single men make "honest women" of his step-daughters. He didn't really care if the men married the girls, he just wasn't willing to look after his step-daughters anymore. 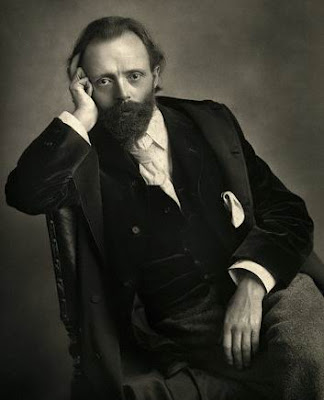 Caine refused to marry Chandler. Evidence suggests he was embarrassed by her age. Chandler's step-father turned her out of the house, presuming Caine would take her in. He did.

Caine had a sister Chandler's age, who attended a boarding school called Sevenoaks. Caine swore his sister, Lily, to secrecy and sent Chandler to live with her there. Secrecy mattered because he was embarrassed by Chandler's age and didn't want his devoutly religious parents to find out he had been having sex with her.

Chandler attended Sevenoaks for just six months before she became pregnant with Caine's first child. Caine delayed for a month in registering the birth, then perjured himself by describing Chandler as "Mary Alice Caine, formerly Chandler." They didn't legally marry until 1886 in Edinburgh, where Caine could avoid bad publicity. Even then, he lied, giving her age as 23, when she was 17 to his 33. 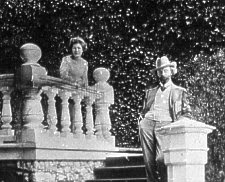 In spite of all that, they seem to have had many children and a happy marriage. Caine grew successful writer in the 1890s. They became fabulously wealthy and bought a big house, where he and Chandler enjoyed posing for photos on the terrace and she became obsessed with scrapbooking. 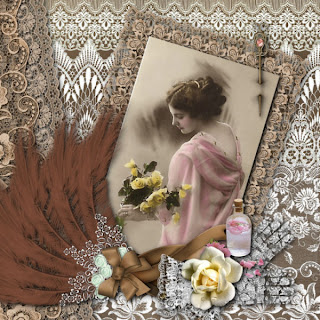 Scrapbooking was a popular Victorian pastime. Chandler kept scrapbooks about everything that happened in Caine's career. She had piles and piles of scrapbooks and was known within their influential circle as a meticulous record keeper, so much so that later in their lives when people, like Bram Stoker, were writing memoirs and histories of their friends' lives, they would come to her to borrow her scrapbooks.

Beginning in the 15th century, commonplace books became popular in England as a way to compile recipes, quotes, correspondence and more. Friendship albums became popular in the 16th century. These albums were the first scrapbooks. In 1775, James Granger published a history of England with several blank pages at the end of the book. The pages were designed to allow the book's owner to personalize the book with his own memorabilia.

I think there must have been a lot of Victorian women, like Chandler, who are responsible for documenting the history of the period. As an archivist (in one of my former lives), I even got to work on one such scrapbook, that served as a record of a trip to Boston that two young Victorian women went on. It was filled with letters, pages of their diaries, postcards that they wrote, but forgot to send, and photos, of course.